We ran a campaign in the lead up to, and during, the Islamic month of Dhul Hijjah. During the festival of Eid ul-Adha, which starts on the 10th day of the 12th Islamic month, Muslims are asked to give Qurbani, a religious donation that symbolizes the sacrifice of a goat, sheep, cow or camel. Our campaign for IRUK ran for most of July and the first few days of August. 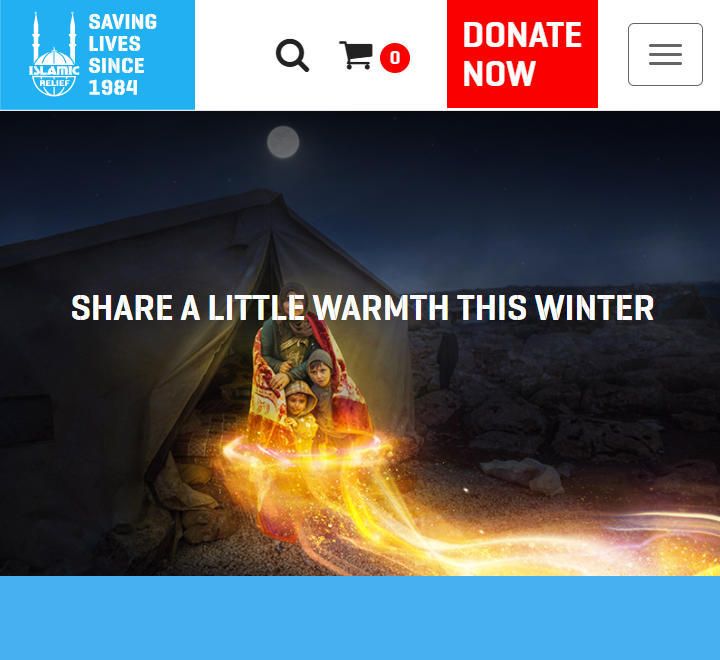 The Qurbani campaign had a target of return on ad spend of 2.0.

IRUK wanted to test Qurbani and Eid messaging and imagery as well as other products, such as food, water, and conflict. We also ran a campaign focusing on making a donation towards Eid gifts. We ran these as sub campaigns as we knew that these would need to target audiences with different giving intents.

We created an overall campaign strategy. This involved planning the main campaign and sub campaigns.

We planned a range of warm audiences and utilised the Facebook Pixel to create groups based on past behaviour. We also went to cold groups that included interests that had a high affinity with a typical IRUK supporter as well as lookalike audiences.

Our detailed knowledge of Muslim communities allowed us to optimise the campaign very successfully, including increasing daily spend in periods of expected high giving. This led to an incredible peak return on ad spend of 13.98 at one point in the campaign.

We also knew exactly when to switch ads off, responding to when ROAS dropped to what we knew would be its lowest level.

IRUK were delighted with the results of the campaign. The Qurbani product alone ended up on an excellent 8.83 ROAS and the Eid Gifts product ended on an ROAS of 6.52.

Overall, we achieved a 5.50 ROAS and IRUK were delighted with the outcome of this campaign, having initially hoped for a 2.0 ROAS.

As well as the income itself, the campaign has led to hugely valuable insights that the paid social team at Platypus can use to deploy even more successful campaigns for IRUK throughout 2020.

Find out how we can help your cause

If you would like to learn more about how we can help your cause or you have a general query, please get in touch using the contact form below and we will get back to you as soon as possible.

“I've worked with the Platypus team multiple times. They're the agency we always go back to because of their broad range of skills, consistently great team, good sense and pragmatism and the fact that hey are always a joy to work with."
Lynn RobertsAssistant Director - Digital & Innovation, Action for Children
"We have worked with Platypus on a number of big projects; from understanding what Parkinson’s UK needs from a Digital Fundraising team to developing Data Studio dashboards that our teams can work with on a daily basis. It is great to work with an agency who ‘get us’ and can help us with such a wide variety of digital projects in such a knowledgeable way."
Emily SturdyDigital Supporter Engagement Lead, Parkinson's UK
“In a sometimes confusing and murky digital world, the guys at Platypus are a breath of fresh air. They know their stuff, they tell us it straight and really care about the work we do together. There’s a true sense of partnership between the Sightsavers and Platypus teams, which makes working together more productive and more enjoyable.”
Ella PierceHead of Digital Fundraising, Sightsavers
"Platypus are an awesome agency to work with - their expertise of PPC is fantastic and they have transformed our Google Grants account. Huge thanks to the amazing Nikki for being such a patient and knowledgeable trainer."
Imogen ProctorDigital Marketing Executive, Teenage Cancer Trust
So fab to hear that Platypus are as good as I thought they were. Feedback from the team was that they were a "dream to work with" on our Christmas campaign, "Understand and totally got us." Thanks guys, you've helped a lot of children with cancer with your genius.
Kate LeeCEO, Clic Sargent
Previous
Next